From the other side of their eyes: That patient is the first to find out and the very last to know 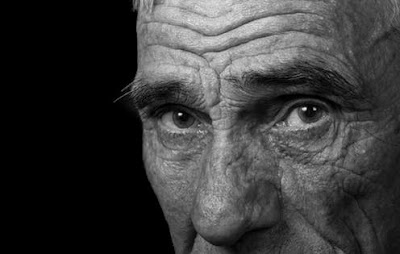 Greetings; what follows is an except of a conversation I was having with a new caregiver of an LBD father is I remember correctly. She was remarking upon the fact that Randy and I re so open about the dementia and her father was very close-mouthed about it in the beginning when he could still talk and she wondered why....the friends handle was "Music55"

<snip>
Hey; I have no idea how old this is but wanted to reply to something you said about your dad. You wondered why when your dad was first getting the dementia he didn't talk about it. Music...the road from where you start (according to everybody, you are fine, work starts to get a little tougher than usual) to where he ends up (today) is a rough, tough, mine-filled path to take. At the moment your conscious mind starts to recognize something just might be wrong with your reality (as you see it), your subconscious already has a good clue something more fundamental is amiss. Now heres the thing: here you are, bread-winner maybe, sole-bread-winner possibly and so before saying anything substantive to anyone, including admitting things to your own self, you talk yourself into believing that its only ...being responsible if you made damned sure something was wrong before setting off warning bells, which you also know on both sides of your brain that it will end your working life and you DON'T have a fix for that and too many people are counting on you so....just let a little more evidence pile up, you will do the right thing when you need to (translated: can no longer deny reality, which usually happens right after your employer decides the same thing).

Music, I think a lot of things would have to be lucky in that persons life for them to be able to really talk about it before it is literally too late to really talk about it. In a lot of ways I was lucky but the ways an average person needs to be in order to talk about it ahead of time would probably include them being able to first "confess" or admit to themselves that there is a problem and (here is the important bit) that the weight of the potential problem outweighs any personal discomfort at talking about it. Thats part family history and things and part the person being confident in themselves, a strange thing to say about someone who is worried about possible dementia, particularly the "old wives tales" wisdom about dementia passed around by *their* parents. This is another way I am personally luck; 20 years ago and I would be in Robin Williams shoes; 20 before that I would be in my grandmothers shoes (died of AD although now I wonder if it wasn' LBD, this was 1970 or so). So now I have it but enough is known about it that it CAN be talked about without as much social stigma.

One more thing; one more gotcha. if you are the bread-winner, the household looks to you for guidance, wisdom. And if you ARE considering the possibility of dementia-related disease you not only must accept the probable loss of your profession (loss of income, not the pride part) you must also by definition accept the probably need for NEW income for medical needs. And you don't have an answer for that one and thats also a tough one to say out loud to your family.

From the instant a person starts to suspect something is wrong to the instant they can no longer deny something major like AD, PD, etc, you may not see alot but there is a whole lot going on behind their eyes and the worst part, the part I would tell my younger self if I could was, unlike everything else I have done, I didn't have to do this alone and in fact to get used to it because you will be needing people for a long time to come.
Email Post