Slight update: since posting this I have had folks write to express sympathy for what I was going through and I would like to have any reader to still thinks this to read about The Undiscovered Country before coming to any conclusions.
End update.

This feels weird. Allow me to explain. I woke this morning in unexpected and ungodly pain. Well...more like...take a 6-hour long moon-shine induced hangover and compress that pain into about two hours and you will have my morning and what started this. I gotta warn though I have no idea what I am saying 2 seconds before I say or in this case, write it.

I don't know why it happened. I drank nothing, overdid nothing, last night was like any other night but as I said, I awoke feeling beyond hung-over and trust me I know hangovers. I wasn't always the nice teetotaler you see before you today. Regardless of what caused it, promethazine for the stomach, relpax for the head and two hours later I am out of it, in more ways than one. The hangover is gone but left me drained both mentally and physically. And now we are at the point of this post, if there even is one.

As anyone with LBD will tell you, the above is an excellent recipe for triggering a fog or deep down-phase, where everything is confusing and the damned dog is giving you his opinion on everything. What stinks is he is starting to make more sense than the rest of this world from this perspective.

So I realized I was heading deeper into the fog and as is my habit, I reached for my remaining 18:1 oil to pull me out of it before it got dense(r). Like I have seemingly hundreds of times in the past year, not that I can tell what year is anymore but you get the idea. Then I stopped. Maybe this is crazy (but then so am I) and maybe this is dumb (see previous remark) but I have decided that this time, instead of exiting the fog-state as quickly as possible, I am going to try and explore it this time. I am leaving the 18:1 oil on the shelf so this can run its course...I don't know what I will find there; the journey is already mystifying. Cant tell one moment from the next or the last. I know the screen-looking thing in the corner of the room does something but can't recall what. Even typing this is more reflex that directed thought. Pretty sure if I had to follow some line of thinking or some complete thought I would abandon this as too difficult.

So for now I am just letting it flow, whats inside the fog inside my head...a vowel-movement if you will.

I know I have a wife out there somewhere, not sure where she is or what she is up to but thats fine; can't waste the brain cells on things I can't change. Its strange to me: this laptop, with its level of technology makes more sense to me than say the screen in the corner, or other things about the house. I don't know why but its like I have to think less to use at least parts of it. Maybe having typing as a main part of my job for maybe 3 decades might have something to do with it, I don't know. I learned to type (and type fast and type accurate) on an Army teletype machine, coordinating with other comms stattions in Europe to fix problems as they arose. This lead me to having a very heavy hand at the keyboard because like manual type-writers, you really had to jab those keys to make them work. Now? Now I regularly beat the shit out of keyboards, have a whole graveyard of them around here somewhere...

Interesting...I don't know what I expected really but I am sort of surprised not to recognize anyone in the fog...somehow I thought it populated with faces and names I am familiar with but not so far... 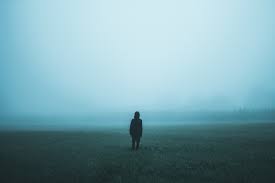 I have two little buddies, both small dogs that were rescues, Jiraiya the Elder (7-8 years old) and Hiro the Younger (3-4 years old)...Hiro still acts the puppy, always ready to play and bounce about. Jiraiya is the more reserved and thoughtful one. The thing is, Hiro is an idiot and has no clue whats going on with me but Jiraiya seems to...no I don't mean we have a dialog, more like he seems to recognize when I am in bad shape and sits close to me. Something bad happened to him before we got him and for the longest time he never would get within a foot of anyone and if you came close enough to pet, he would let you do it stiff as a board but the instant you were done, he was gone.

Had him for several years now, for us he is coming out of that shell slowly but thats what makes it more remarkable that he breaks his own rule about being close when he sense I am hurting or really confused. Normally you almost can't even beg him to sit on the couch with you but now its like he knows and provides comfort as he is able to. Hey its my fog, if I want to believe my dog isn't an ass-hat then so be it.

Time really is hosed in here, past and future feel exactly the same. I can't feel the passage of time, thats for sure. I can't sense that any more than you can sense the passage of a single bit of water in a stream as it goes rolling past. You know its there, you know its going but that is as close as you get to pinning it down.

I see something wrong in my magic garden, not fatal but you get to see warning signs of things building up and I noticed some crispy leaves on a few plants. I cannot fathom why although I know I have not just the answer here but probably the fix too...but I can't make my brain work enough to tell me why the leaves are like that so my go-to move in this case is to do nothing and hope for a better brain later. Its all but unusable now for certain things.

Whoa! I just realized I was in my bedroom...not sure where I thought I was before but the realization hit me like a ton of bricks. Not sure what I am supposed to be doing....think I am supposed to eat at some point but its not a priority so...gotta say the video-gaming sucks in the fog, hands/controller doesn't do what you tell them to, enemies are unbelievably tough, David and Goliath tough so it gets disheartening fast playing games in the fog and I quit to pen this drivel. 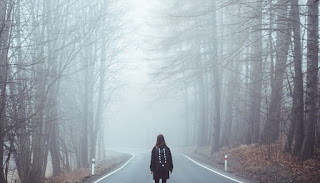 Somewhere in my head something is telling me I am supposed to cook something for dinner I think. I think it was supposed to be spaghetti sauce for noodles later...but my spider sense sez its not a good idea to mess with fire today. Spaghetti sauce will amount to pouring a jar into a bowl, adding a pound of pre-browned ground beef I keep in packets in the fridge for days like this and then stir and nuke for 3 minutes. Done. Not great but not burned-down-the-house either. A mans gotta take his victories where he finds 'em.

The news makes no sense at all, just get a sick gurgling feeling in my stomach when I glance at it. Better not do that anymore.

I think I am arriving at a pretty specific point in the fog. I know that sounds screwy it does to me too but its more figurative than literal. What I mean is this..I have felt this before....once the fog reaches a certain "density" what inevitably happens is physically I get rooted to one spot on the couch, chair or bed for as long as the fog lasts and mentally I am gone, this time exploring that fog. But I know I will be in this spot probably until the wife comes back and shakes me out of it...mentally, who knows...I certainly don't...or worse, if I did, I definitely don't remember now...

As I have reached that place I need to close this post, else it will still be sitting open when I come out of it and if that happened I would be lost as to why it was open and just close it. So here, for now. 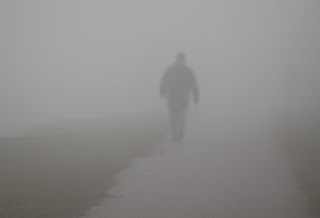 Slight update: Have been smoking weed for forty years and was dumb-founded for at least ten minutes as to how to grind my meds and put them into a bowl..I could not figure out what went in what, how any of it worked or worked together, my fingers refuse to do what I beg them to...very frustrating... 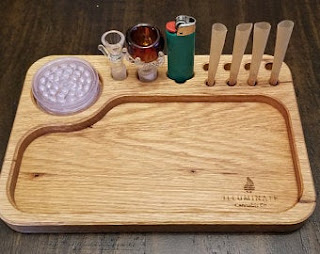