When will mainstream media fact-check cannabis stories the way they do political ones? 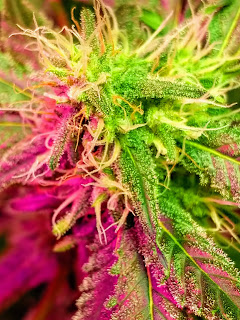 The world is a bit of a strange place of late. Cannabis legalization here and there has lead to two worlds, one where it is legal (and known) and one where it is neither legal nor understood at all.

If you watch the cannabis stories coming out in the news, there are clearly two kinds you will find: stories that are true and at least remotely accurate about the plant, uses (and dangers) and so on, and stories that try to paint some kind of an image of pot in the minds of the not-yet-legal reading public. This image is usually grim and provably wrong but what caught my attention this week is this bit of drivel parroted by Mother Jones claiming all pot is exactly the same:

This core of this story is a report put out here but the conclusions they bring to the reader are beyond astoundingly brain-dead. Even if you don't know cannabis, anyone involved with any kind of research will immediately see at least one glaring and major flaw here, they sample 33 strains and use that to proclaim ALL strains are the same (THC/CBD-wise). 33 represents a drop in the ocean of cannabis strains out there, easily less than 10% of the currently-available strains.

If you test a new medicine on 33 people, is the FDA or anything thinking person EVER going to say OK, this is good for everybody, that everyone will react exactly as these 33 people have? I don't think so Tim. Put another way, if they grabbed 33 random people off the street and tested them for AIDS or something, there is a good chance all 33 come back clean but does that mean AIDS is now a thing of the past, and to be ignored by the general public? Yet they present the results of testing 33 strains and try to make the claim that because they detected little difference in the THC/CBD loads of each strain, the strain doesn't matter really. Intellectually all I can say is, what bullshit and may the deity help any poor naive soul that believes it.

Even if you don't gag on their dodgy research methods, the conclusions are like the lies Trump tells the American public every damned day: extremely lame and equally easy to disprove. They hit Canadian dispensaries for this and I don't know the laws in Canada but in Nevada where its legal, no product goes out the door w/o a complete and traceable laboratory analysis of the product being sold. And unless you are claiming some conspiracy between the testing labs to fake a whole range of results, then you are forced to believe your eyes and see vastly different numbers...I am not any longer a researcher, I am just a consumer, and yet on my shelf at this moment you will find this many sets of lab results of recently purchased cannabis products...so that blows their whole "THC/CBD levels are all the same" out of the water... 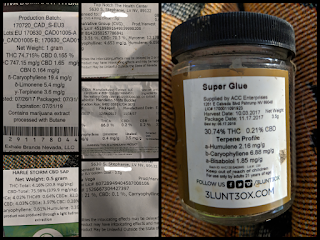 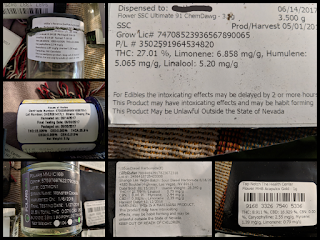 Next up to the idiot-podium, they then try to claim Indica and Sativa are not real nomenclatures for scientifically describing a unique strain of plant. Sorry, they are.

The story on Mother Jones would have you believe that "indica" and "sativa" are made-up words pot-heads used to describe the effects of a plant. Anyone who has ever grown cannabis will inform you how very different these two are, not just in effects but growth cycle and phenotype.

Then they try to explain-away strains that have been bred for a single purpose a la Charlottes Web. Their "proof" that these breeders are not actually breeding? They claim that because the breeders did not use government-approved breeding documentation methods, they simply didn't happen.

Dumb-ass.....DUMBASS: Since breeding pot has been illegal almost everywhere for so long,  how on earth were these breeders who were out doing the actual science on this to use any accepted or more importantly supported documentation methods? They were getting the job done while you were in diapers.

So this article would have the inexperienced user believe that it doesn't matter the THC/CBD levels in your cannabis, its only the terpenes that make a difference....OK the terpenes DO make a difference but specifically what the difference is medical science knows less about than THC in general...but if I were a new cannabis user, read this article and then went to the dispensary to get some flower and bought some stuff rated at about 14% (usually the "on sale" stuff) I would be pissed. If I was that same new user and believed the article and went in an bought some (say) Jet Fuel or some top notch Grand Daddy Purple and thought this won't be shit, when I finally woke up or finished eating the cupboards bare, I would be freaked thinking pot (in general) is too strong for me.

To a cannabis grower and user, this report and article is about as dumb as one claiming all white pills cure headaches, after sampling 33 white pills from a pharmacy. I really wish these reporters would at least ASK a pot-head is this true or how full of shit is this? before publishing. And you can't keep the reporters attitude out of it either....the ones that are open-minded might post a sample "pot" picture that looks good: 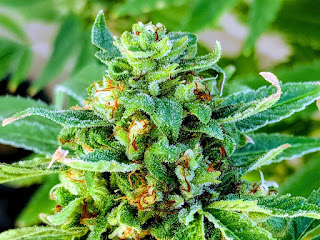 Or they use a cannabis graphic that looks like the crap you sweep up from your floor: 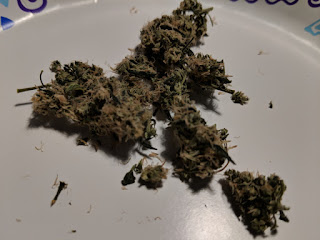 Update: here is a classic case-in-point from something called "BroBible". The story tries to make it seem as if there is some crisis going on with Canadas'  recent legalization but once they get your click you are treated to two things, the same old story: everyplace that has legalized anything that has been illegal for generations always has a short-fall of stock. This is not news kids, its called life, and life is not a crisis...

The other thing you get is a dodgy picture of some buds. Jesus, people....

I could go on but the point I make is Mother Jones, Forbes, Nature.com etc all need to do some fact-checking before posting cannabis articles and sadly for them, science isn't the one with the facts at this point, the ones doing the growing and breeding for 50 years, they are the ones with the facts. You should listen to them to keep from embarrassing your publication as this story does....