The Whitehouse that wasn't 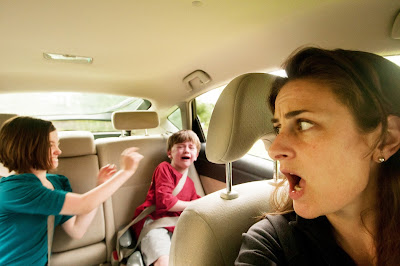 Greetings kids! While I don't have the writing chops of my good buddy Randy (nor his perspective growing up in "coal country") there are some crazy things about this government I just gotta get off my chest. With Trump and his gang of idiots in charge, I absolutely feel like my generation is leaving a rancid mess for the next generation to clean up. Next generation: I am so sorry. We didn't do it on purpose. In fact, we didn't do it at all. While me and my generation will be gone in time, those paragons of political morality will still be here like an incurable disease.

For the non-Americans reading this, American politics can be confusing. Leaving aside the outliers we have what are called Republicans and Democrats. Each always believe their side is on the side of right but while combative, they never really lower themselves to out-and-out warfare. The thing they don't get is our country is not made up of exclusively or even primarily Republicans and Democrats.  The other thing they don't understand is, the whole country isn't talking/debating politics 24/7; we have better things to do with our collective time. As long as the job of governing got done, we were cool with letting them run their own show.  However, I fear it is time the rest of America turn their attention to Washington.

When I was growing up in the 60's we had a kind of family tradition where every summer my folks would pick a place to go, usually on the far side of the country and during my summer vacation from school we would drive there as a kind of family outing As anyone with siblings will tell you, before the first 300 miles have gone by, the kids are already fighting in the back seat, which usually would end with one parent or the other yelling over the front seat something to the effect of "Don't MAKE me come back there! If I have to pull this car over, there will be hell to pay!"

I guess being trapped in an enclosed space for an extended period with children could make even Ghandi lose it.

Well, thats how politics are in this country; as long as they kept the trains running on time we were content to let the Rs and the Ds run their own show. We trusted them to get the job done and not fuck up too badly in the process. As anyone who had viewed the news anytime in the past two years could tell you, its time to pull the car over and straighten them out.

Up until now, until this presidency, the PTB (Powers That Be) could be trusted to at least keep things running, keep the country going and help the world keep going as well. We trusted the politicians not to put someone who is an idiot, dangerous or not representing American values in the Oval Office. The president was Democrat some years and Republican others. The system worked well enough that average Americans didn't need to care much who the politicians picked. We trusted them not to fail. I am defining failure in this case as knowingly allowed an illegal and dangerous situation to exist, so long as the politicians got what they wanted.

By that definition, the Republicans have failed this country. They knew what Donald Trump was; more importantly, they also knew that most of American really didn't know this man. But, since each of these "leaders" had a pet project they wanted (and would do anything to get) and they saw in Trump someone whose fragile ego could be easily manipulated to serve their own ends.  And so, Paul Ryan, Mitch McConnel and others hold their nose and pretend that Trump isn't their problem. Guys YOU PUT HIM THERE!! YOU VOUCHED FOR TRUMP TO THE AMERICAN PEOPLE. You own him and all of his deeds. It is unlikely that history will be kind to any of you. Not one of you would have hired Donald Trump to work in any of your companies or businesses, and for good reason. Donald Trump is that incompetent new employee that is just sure he knows how to fix everything, and inevitably fails because the new employee really didn't know shit in the first place. Any HR person could smell him coming a mile away. And if thats the case, on what planet is it good sense to make this moron president, give him real responsibility?

And so, here we are. We have a president that lies to us in one breath and says "trust me" in this next. He asks us to trust his big plan with tariffs and trade when he really doens't understand it at all. In fact everything he tries to fix he either makes worse by instituting his own judgment or if it doesn't get worse, it is because he simply renamed something Obama did and took credit for it.

He isn't fooling anyone. Well, maybe Fox and Friends but they will believe anything. Even those who suspect Trunp is this big mastermind are in for some crow; I doubt Donald Trump could find his own asshole if he used both hands and a flashlight. He isn't even a good criminal; he stinks and is easily caught. Which is why when he huddles in private with dictators and bullies and says "trust me", the only logical response is: bullshit. Show us your big plan, what are you trying to do in our name, using our money, ruining our reputation on the international stage?

I can't trust a man who belittles heroes while hiding behind daddies skirt. Yeah the big names are heroes like McCain, et al but as a veteran I can tell you every man, every young kid who went to Viet Nam has more courage, honor and self-worth and is more of a hero that Donald Trump will ever be. Donald Trump isn't even worthy to shine their shoes.

The end is coming thank the deity; the mid-terms will flush enough Republicans out of the system that the whole checks and balances thing will start to work again, and the existing Republicans know this. This is why they know they gotta get conservative judges on the bench before November, because after November, the judges will actually have to be worth it. Right now thanks to Trump, they can shovel any liar/drunk/partisan/molester and Trump will support it. He knows his job is on the line and if things don't go his way in November, there won't be enough Republicans left to distract us from the Presidents New Brains. Inside joke.

I know the Republicans know this. Karma is a bitch and she is rolling back into town come November 6th. They are already fearing retribution for the underhanded crap they have been getting away with working for a criminal like Donald Trump.

And for the rest of the world, the American public is just about to pull this car over and beat some ass.....