The only logical path forward. Unity will come at a cost but given the damage done by the Republicans, there was no way it will be free. 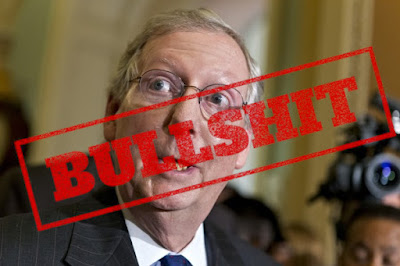 It is a new era, a new day. Lack of Trumps bullshit in the news is like....oxygen to this American. However I do see the MAGA crowd on both sides of the camera calling for unity while maintaining the fiction that they won the election but it was stolen from them. Many seem ready to take that to their graves. People talk about reprogramming them which is heinous.  Besides that would take too long and frankly doen't have a high success rate.

Actually the answer is far simpler I think; if every one of the senators, governors and other officials who knowing spouted the bullshit that lead to Jan 6th, if all those stood shoulder to shoulder and publicly stated the truth that they duped their constituents and that Biden did in fact fairly win the election. The main reason the MAGA crowd remains so steadfast that something bad happened during the election is because the Republicans keep lying to them.

We can't figure MAGA people out. I say "we" I mean the 82 million *other* people who did not vote for Trump. Fox and Trump loved to go on about "what about the 75 million that voted for Trump? Doesn't their voice count?"  It does but only to the extent that any losing party does.

His fans are apoplectic over the fact that Biden is immediately reversing as many of Trumps bullshit ideas as he can. Their problem is my memory is longer than a single news cycle. I am no longer sure what you believe, but from outside your bubble, the last four years looked like this:

*Trump becomes president and as his first act he lies to the American people about the size of his inauguration crowd. This is such a stupid thing to lie about since it was photographically proven his crowd was far smaller than Trump claimed. What does this matter? The facts themselves don't, the fact that Trump lied as his first act was bad, the fact it was a really poor lie was worse but the killer for me, the thing that started Trump down the wrong path for many was the fact that he vehemently lied about something so small that he didn't have to...so if Trump lies so much and so badly with such ease, how on earth can I believe ANYTHING he says going forward?

* Then more and more of his lies come in, yet his fans seem to either ignore them or believe them w/o evidence. They can produce no evidence supporting their beliefs, and they continue to support a president with zero personal credibility. And for the next four years we watch him and his enablers tell the lamest of lies, they drum up Sarah Huckabee to lie even more and to berate those not willing to drink the Fox flavored koolaid.

* Years of Trump questioning an election that hadn't happened yet, questioning the one that he won already and his MAGA crowd is ready to not trust anything and for NO TANGIBLE REASON other than it was theater for Trump.

* During those same years we watched Trump at his rallies firing up his more violent supporters, telling them to rough up protesters, etc.

* Jan 6th that same man said the same exact thing he had been yelling in their ears since 2016, only this time with literal marching orders.

* The crowd does what he asks, an insurrection ensues.

And NOW you want us to just let that go?