Recently I concocted a kind of "find the bright side" message, all about celebrating your victories that you have. 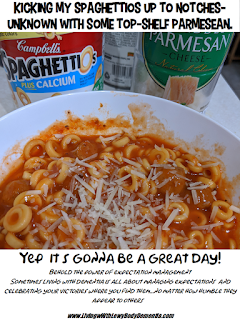 In this case it involves one of the few things I was still able to do for my wife as a tech-head and that was to be able to "rip" any video she wanted to watch so we could see it on our big-screen (well, by our standards) TV where we can both be comfortable. Alas its been a kind of cold war between people trying to rip YouTube videos and YouTube trying to stop them.  As of Jan 1 this year, YouTube pulled ahead in the technological arms race....since then I have been unable to provide these for my wife in the fashion in which she is accustomed...now the streams just....stop if you try to view them with anything outside YouTube...how useless can a feature get?

What made this frustrating is that not that long ago I was up to the task of staying a step ahead of them and most of those on the Internet interested in stopping me from doing something. That's always been the red-flag to a basic hacker mind-set: tell me that I can't do something and you can be damned sure I will have it sorted, usually accompanied by a printed manual showing others how to do it. Now? Now my brain has decayed so much I am forced to put up with the same constraints as the rest of the world and it irks me. Consider me fully-irked.

So I stupidly signed up for YouTube Premium because it claimed to allow downloads...which it does BUT you can only view those downloads with fucking YouTube. In case you missed it YouTube: Fuck You.

So doing some additional research, sure there just had to be a way, I discovered that a tool I have had available for years would work but I had to do some updating. Youtube-dl is a Linux app (Python really) that is available on every Linux but the version available is ancient and as such, it fails to download things any better than the newer techniques do (now). So after downloading from source and then updating the Python, I get it a test on a recently-failed download and presto! I finally won one!

Because thats what its all about, you can deal with all of the humiliating losses you incur each day you share your mind with dementia, its OK if you can wrench back a victory against odds once in a while....


So since this worked so well I do what I have always done, wrapped the commands in a script and saved it to my tools folder. Now if I get a new system I run this app, it grabs the latest source, sets permissions and finally self-updates. YouTube will pester you no longer...the source looks like this: 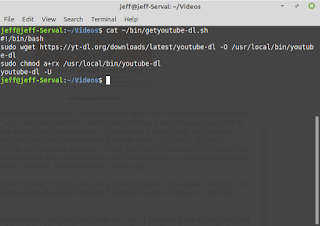