For the first time I am frightened... 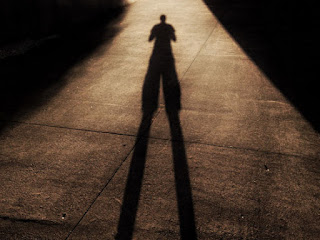 I have written in the past about the fact that I have a terminal disease and yet I do not fear death. Its not that I am brave or special or anything like that. I can't fully explain why, but within a week of learning I had a terminal disease and had a more or less drop dead date, I found I didn't fear that date or the dying part. To me its just a date, just a thing. My wife is emotionally more impacted by this than I am.

At first I just figured I was weird, I have been my whole life and am at peace with the fact. But then the day came when I met Randy for the first time (well, online so ...you know). Randy who is the other contributor here also has Lewy Body Dementia and is roughly at my stage of progression. In some ways he is ahead (walking) and in some I am (confusion) but we are close enough where it made sharing notes an obvious first step, and I was surprised at how many things he described that I thought I was the only one. One of those ways we overlap is any personal concerns about death.  To Randy death is just another date, not something he sits up nights thinking about.

I also feel lucky because I don't feel I have left much unexplored that I want to; I have lived a full-enough life that if it ended tomorrow, I would have no regrets of things left undone. I lived alot of life and would change absolutely none of it because each step was a step to this place I sit now, which is good, aside from the terminal disease and all.

Lately however I find that I have had the most unnerving sense of dread, one that is starting to consume sleep and make day-time decision making an exercise in futility. I realized it was the engineer in me because I asked myself: what was different about the thing I am afraid of (from now until I die) and the thing I am not (death)? The answer is I know far more about how my end will come than I do about the intervening window of time, from now until then. Oh I can guess at some major progression aspects but thats just a guess and not worth a fart in a high wind.

I can't even guess at what will come for me in the next few years; statistically I am not far from exiting the MCI stage and where there might be 10 people really explaining the MCI stage, no one is explaining what comes after...and I figured my fear was the oldest one known to man: fear the unknown. I fear that time for a couple of reasons:

1. This period is what will test my caregiver to her utmost limits.

2. Not knowing that time period at all means that I cannot plan for it either.

So I think this feeling of trepidation I feel is for that time, to know how it will turn out. If I can't prepare, I truly fear the consequences.

Right now my memory is very much like a block of Swiss cheese in that the holes represent holes in my memory, and the twisted path they take through the cheese illustrates my memory loss works: some things I am stuck at the first step and others I might have bits and pieces but need more to make up for my crappy memory.

And so boys and girls I find myself having more and more fearful moments concerning that place called Tomorrow. It is a door I fear to peer behind...
I don't now there is anything to be done for it but now that the fear is here, I can't figure out if being treated for that fear will make a difference or not.

Worrying about this is harshing my zen... 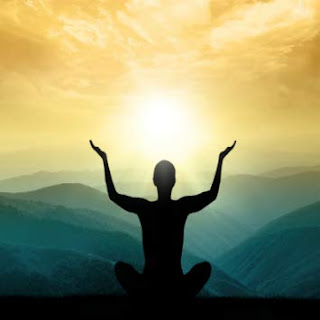