A common frame of reference for the insane. 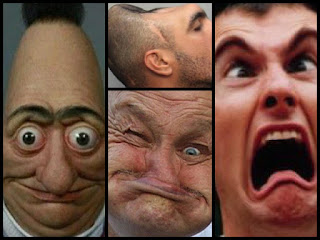 The RVI; a common frame of reference for the insane.

When you are losing your mind due to brain disease, when you have to tell your neuro "hows it going?" often you can stumble so much that he or she never gets a clear picture of your mental state. Worse, as Murphy would have it, the worse you are, the harder it is to explain. However bridging this conceptual gap for someone with dementia is incredibly hard. Also, when expressing state to another person with dementia, since each dementia is unique, its hard to know when you say to them "I feel like X", that you are sure they know what "X" means. Just had to find a common ground and I realized that on a normal day, getting though the day with dementia is medium-to-difficult to get through. It matters little what the actual events are of the day, the days are either tougher to get through or they are not. After tossing this subject around with another lunatic, the concept of "the viscosity of reality" came up. The more "dense" reality seems to us. the more difficult in general the day is.

Thus the Reality Viscosity Index was born, a six stage scale to describe most mental states encountered by the dementia patient with a single digit. I patterned it on the pain scale the docs love so much...see what you think. This is absolutely version 1.0, adding stages and renaming things are easy tasks to do once I know they are there. 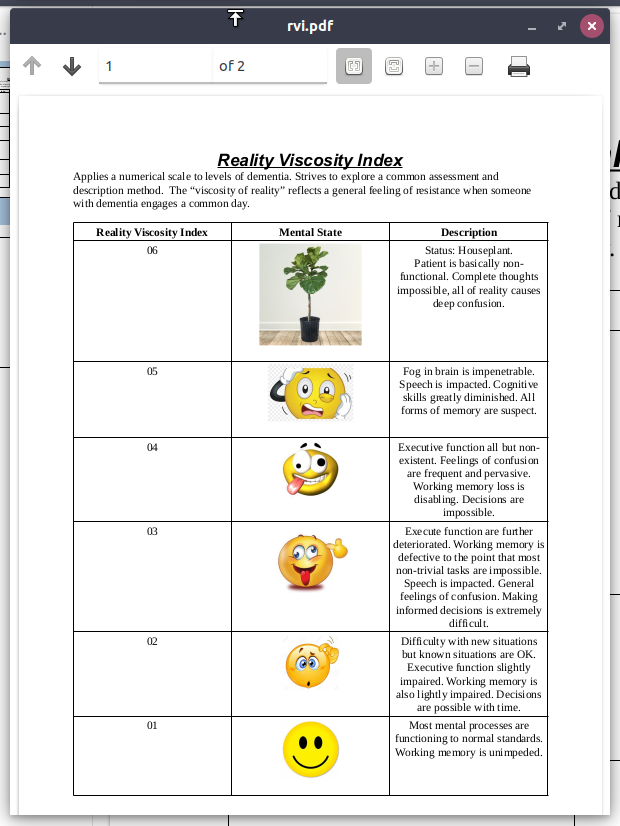 UPDATE: My buddy Randy filled out his version of such a chart which makes mine appear to be the poor cousin. It's all good though because at the end of the day, it is not a case of right or wrong; rather its a case of the reader having a choice of two where a week ago they had none....

Seriously though his seems to speak the words that failed me when I got to that part of the project. It felt like no matter what I wrote it came out wrong.  So Randy if you are reading this, thanks for help getting to right.

I hosted Randys chart on my Google drive as well as a PDF; here is a conversion to PNG...