12/12 From Seed: A totally different way to use normal cannabis seeds 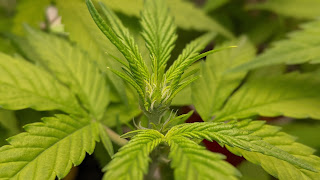 Greetings kids, Jeff here with a little cannabis growing trick that is a handy one to have in your Batman Utility Belt: 12/12 From Seed.

What is it? This technique came from my mentor in NorCal who likes to experiment as much as I do plus has 40 plus years growing experience which makes him a double-threat. One thing we have had a little fascination with is autoflowers, not so much what they can do for us but more just how they work and how they relate to standard cannabis strains.

Auto-flowers are simply cannabis strains that have been cross-bred with a remote cousin of the cannabis plant we know and love, called "Ruderalis". Ruderalis evolved and grows in the Russian steppes where the days are almost perpetually dark, so a photo-sensitive plant like cannabis cant use the sun to trigger change of seasons in the plant and therefore cant do a veg and bloom cycle since the sun never is never up more than about 14 hour a day there, at-best. So Ruderalis evolved to grow to some certain size and then simply trigger flowering on its own, where it will continue that bloom until death, regardless of the light it gets. Hence the name autoflowers.

Autos have a lure for newer growers who don't know much about light-cycles or just have the means to do so. In short, anyone can stick an autoflower seed into the dirt and wait. Aside from feeding and harvesting at the end, you are done.

Now my mentor got to thinking about how strains that have the exact opposite problem of Ruderalis, namely what are known as equatorial strains, like Acapulco Gold I think is one of them This has the problem of too much light so the 12/12 "bloom period" can never happen, yet it does and has for thousands of years. So he got to thinking that if this is correct, perhaps ALL strains have this somewhere in the genetics, just waiting to be turned on. Since autoflowers are so expensive per-seed, finding an alternative seemed like a bonus.

But how to pull out this genetic behavior? Well thats an experiment currently still in progress but what has resulted from this research so far is the 12/12 From Seed trick.

In its simplest form, this means instead of the usual grow path plants take, you start them from seed on 12/12 light and bloom feed. If you do this, the plant will grow and veg as normal, for a while, at which point it auto-flips to bloom and then normal finishing takes place. This results in like miniature pot plants, kind of bonsai-like in a way.

This is the fundamentals of the technique. I just finished using it to test some seeds I had, Blue Cheese bag seeds to be exact. I needed some quick way to know if they were feminized or just reg seeds from a plant hit by a male. Thus the above technique speeds the plant to maturity as fast as physically possible to give me my answer. Four starts, all four were female.

You also can use this technique to simulate having auto-flowers if all you have is regular pot seeds. What Richard found was that if you give the seeds veg light and food for a week to ten days to give the plant time to veg out, make more plant meaning more places for buds.  Finally you switch the timer and food to bloom and finish as normal. This produces a plant a little beefier than an autoflower while still being one.

So tuck this into your toolbox, it is handy for many reasons......