An Open Letter to Ted Cruz... 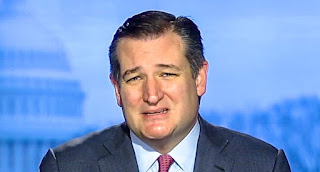 You are under the curious impression nobody outside of Washington DC cares if the President colluded with Russia as well as the equally curious conviction that a wall is going to change anything for America.

Simple logic and small words for a very small mind.

First, I am a disabled veteran living in Las Vegas, NV. Never even got close to DC. Yet based on the actions I have seen Trump take, I have a hard time believing anything else. His actions speak loud than his words, and his words of hate speak pretty freaking loud.  I am of no particular political persuasion other than the Can't Stand Bullshit party, if such a thing exists. You are insane if you think only politicians care about this. Bet on this fallacy too hard and risk losing your job.

In other words, swing and a miss!

Second, the wall is bullshit from the start. I lived for over three years inside a city with a REAL wall, built by someone way better then Trump. The wall around Berlin is about as serious a wall as you would find and yet that didn't stop people from escaping


Any wall is as strong as the people on the other side of it. But as a wall, no it didn't work. The key difference between that one and Trumps is that Russias wall reached all the way around the city. The only logical way to keep aliens out with a wall is a to have one that completely encircles that which you must guard...and the 5.7 billion that Trump is keeping the government closed for has no real chance of protecting anything...he is doing it simply to be cruel and your support is particularly galling because like you I lived in Texas for a few years back in the 70's and know damned well a wall isn't going to stop anything.

So I know first-hand more than Trump knows of any of this and can assure you it won't change a thing and I suspect you do as well. It shows your lack of character, something not needed prior to the mid-terms....

Cheers
Jeff from
Living With LewyBodies