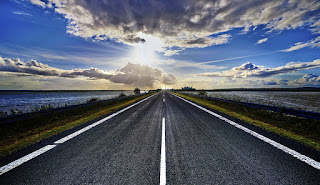 Where things go from here...

Greetings, Jeff here. While I am a single voice here (Randy being the other) I hit a plateau of late that requires I set down some rules, not really to rule anything but to manage expectations as things progress. Randy is free to follow or not as his particular dementia progresses.

Wait, whats a plateau?
Unlike things like Parkinsons and Alzheimers, the progression of the dementia is not even close to being linear. You go along with one set of capabilities for maybe 6 months and suddenly something happens, perhaps a trauma or some on-going situation may have stressed out your ability to cope with your environment. For example, one recent plateau was triggered when we lost our air-conditioning in the home last summer. We live in Las Vegas and the temps were between 110 and 120 for weeks. We tried to tough it out (big mistake) but by the end it was too much for me and as happens with all plateaus, the abilities you start with are not those you end-up with.

It doesn't happen overnight exactly. Also know, this is how it is for me. Others may have it happen differently although from the comments of others, this is not uncommon. I have mentioned LBD cognitive phases, where you cycle from smart to dumb and back to smart throughout the day. Only dumb isn't dumb, its more like you have lost the capacity to think straight, you feel like you are lost in a mental fog, sometimes barely able to understand events happening around you, things people say to you, etc. On me the speech goes (expressive aphasia). This usually lasts no more than a few hours to half a day. In a plateau, the down-cycle can last for days and from what I can see, the longer the down-cycle lasts, the more damage done. You wake up totally confused, unable to think, you spend your day that way, and then you go to sleep that way. After a day or two, you have lost all track of reality to the point that it feels like the fog has been there forever, you can't recall a time without it. And there is no end in sight....the only thing that can fix it is first, removing the trigger (restoring AC in my example) and then rest and no activity for a few days. Sleep helps.

As you recover from such a plateau, some abilities do come back all the way, some only partially return and some are off your dance card for the rest of your life. After the heat wave my speech and walking was worse and has not improved, the amount of time each day I spend in an up-phase cognitively is sharply reduced. Haven't been the same since.

I had another such plateau of late, not sure of trigger but the effects are unmistakable. It made me realize a few things, and I need to share them with anyone reading these words.

First, realize this site is purely being done by folks with terminal brain diseases and as such, while this may be easy for normally-abled folks, this thing can be a cast-iron bitch if your brain isn't cooperating. As we get worse, our abilities to keep things going may decline. When I thought this up, I had no end-game in mind for it, simply because I know that if there is one, I won't be here to see it. So I guess if anything happens with it, it will be by folks not-named Jeff.

Next, while comments are welcome, do not be upset if I don't answer stuff. My abilities to deal with almost any social interaction are so bad right now, there are exactly two people I do interact with at one, ones a mentor and the other is a patient. You don't have to explain things to other patients.

While things are going however, there may be content here you find disturbing. At this point in my life I realized I don't care if I piss people off, if what I post is true and accurate. The other side of that though is, as my mind and reality departs this dimension, there will still be overlap with yours and the stuff I post, while very real to me, may freak people out. I know this because when I was first diagnosed, I tried to get information from a patient POV on dementia and the closest I got was a book by an attorney that died of AD, and I was freaked out myself enough by chapter three to never open the book again. So beware, I and anyone posting here will likely have a very different frame of reference for what you call reality than you do.

What other crazy things will go on here?

Well, one big one is cannabis. Yep, whacky tobaccy. Reason is simple: The meds that can be prescribed for LBD either have a poor record of efficacy or side-effects to bad they make the med not worth taking. Right now the wisdom of the neurologist is not take anything. Then maybe a year or more ago (my sense of time is shot and has been for some time) I discovered that cannabis in exactly the right formulation can do wonders for nerve pain due to sciatica, something opiates don't touch and the usual suspects for nerve main (neurontin et al) take weeks or more to be effective, if they ever are.

A precise concentrations of cannabis exract (50mg of Charlottes Web or Harles Storm, resulting in a CBD:THC concentration of 60-70% CBD and 2-4% THC) switched the pain off like a light switch and did so within 120 seconds of ingestion. Then another happy discovery was that when my down-phases start to happen, the same thing in the same dose helps untangle my brain to the point my speech smoothed out, my cognitive abilities soared and even the Parkinsons side of things improved for a few hours. My speech pathologist was amazed and my neurologist at the Lou Ruvo Brain center said keep on doing it. So I am. FWIW, Nevada is a recreational state.

Now the thing is, unless you live in such a place and have access to the exactly right meds through a dispensary, your only hope of getting any benefits from this is to grow and process it yourself.  Growing cannabis isn't that hard really; growing GREAT stuff is but thats a topic for another time. Growing if you have a disability however is, and what I mean to show here is how I do it, things I have invented for the process before things got too bad and so on. You will find measures to account for things like crappy memory, tremors in the hands and so on. My goal was to make it what my sergeant in the Army called "feed the monkey, watch it shit - simple". Another key thing was to do it on the cheap with things locally available or even re-purposed from junk from around the house.

So expect a lot of information about this here as here; I am beyond the point of caring if this messes with someones beliefs; the fact that the DEA STILL believes cannabis has no medicinal value is the worst kind of horse-shit IMO and I am not shy about it. Sorry.....kinda.

Also here will be tactics and stuff to help make your demented life less miserable. Coping stuff, strategies for still accomplishing things that are getting to hard for you, giving you maybe some control over some of the more obnoxious aspects of dementia, both you and your loved ones.

In between it all there will be snippets of life from a demented state of mind...tread carefully kids, the ride could be a strange one....