My steps down the path to my retirement cottage 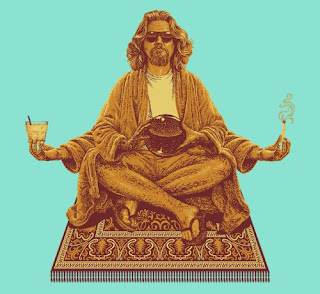 Some see dementia as an end-stage to things, a kind of end of "you". From a perspective that is correct but only if very narrowly defined. The truth that I was forced to embrace came about as a result of my "world" getting smaller and smaller until the only places it exists is a few rooms in my home. Even with that though, like everyone else I needed a kind of safe room or place to go when things get too stressful or bad here.

For the longest time that safe room was my actual house, a refuge against the chaos that is reality. However time marches on and slowly my safe room shrunk until I was forced to create one in my own mind. Now I can go to that place pretty much whenever I get a thought to; its easier and more accessible than my own bathroom.

When I say "create" I really mean either I discovered it by accident or built it on purpose, completely forgot that I made it and "re" discovered it. As far fetched as the latter sounds, it happens more than you might think.  However it came to pass I found and now know of it. In the beginning it was work just getting there, let alone staying or doing anything useful. That took practice and time.

As previously mentioned I can now go there anytime that I wish, even in a busy room if I really need to. When I first started going there it was almost like I stumbled over it by accident each time; it absolutely wasn't repeatable process. I tried for weeks to find the magic "key" to take me there when I really needed it go. It wasn't until I was sort of analyzing one of my Parkinsons symptoms, the so-called frozen stance and or "stiffness when walking", which I realized once I experienced it myself that when that happened, when the foot is being described as "stuck" what was really happening was that the brain was telling the foot to move and the foot was deaf to the message. Damaged nerves, miswired brain, the options are legion but the result is the same: the message traffic containing the "walk" or "step" commands were getting lost or misrouted (had that happen too) and the foot, not getting any commands it understands, literally shuts down and does nothing.

When having so-called frozen stance myself, when I was locked in a position, not really "here" for a time, that felt exactly like the messages from my brain were just plain shut down......all traffic was gone. I could "see" that. Not even a twitching finger or hand subconsciously scratching some itch. Nothing. Usually when I realize this I can sorta jump-start the message queue and it gets things going: I straighten up, take deep breath from not breathing, look around me for the first time, stuff like that.

Why explain all this? Well recall I had very hit and miss luck with reaching the other realm (which REALLY needs a name)...turns out the main thing keeping me from smoothly transitioning there (and doing it reliably) is that I was still too influenced by events around in my the so-called real world. Dog barking, car honking, etc. If I tried it in the doctors office, the usually too-cold air kept it from working, pain of some kind or other distraction.

I found my solution in the very problem I was trying to solve: I was on one hand working hard to prevent or curtail the effects of frozen stance but on other hand I realized that when in a state of "frozen stance", I am in the absolute perfect state of mind/being/concentration to just zip off to that place (anywhere I wish). Here is how it works for me:

First and most importantly get someplace safe and comfortable. Remember if it works you will be there a while. Next I just shut my eyes but concentrate on visualizing shutting down all the messages from my brain to the rest of my body. I can tell when its working as my body/mind...concentration I guess...becomes quieter and quieter until at least there is silence. Ta-Dah! I have hit frozen stance! Outwardly you could see nothing going on, I am physically there but just a shell of sorts; its inside where all the action is happening. Because the messages controlling my body are shut down (for the most part) there is little reaction or even emotion displayed.  And inside at this moment it is simply quiet and peaceful, a place a fellow could get some thinking done.

From there going the rest of the way to my "place' is like walking across a line of sorts and I am there. No sense of distance traveled.  No sense of direction exactly either; more like my mind/consciousness goes where it knows/feels it is safe and thats one thing my realm emanates is warmth, protection and safety. Stability. Finding the place is less a sense of seeing in the distance and going there; in fact there is nothing visual about the trip at all. Its more like this stuff creates waves of a kind of warmth that my mind/soul is instinctively drawn to, like birds going South in the winter. I find it that way.

Often when trying to describe this place to normal folks I tend to lean heavily on visual analogies to explain things but in point of fact, there is little about the trip there or back that is visual at all.

Once I found this going there is absolute childs play and I can go without effort or a second thought. 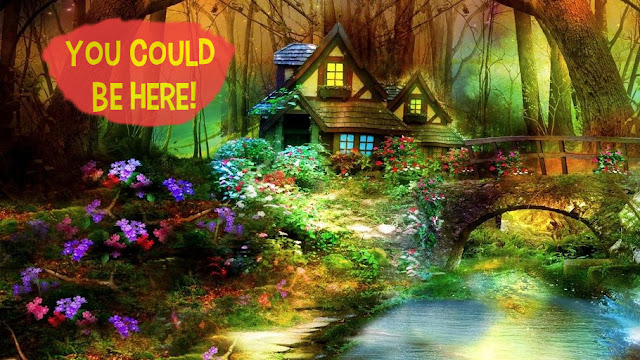 Now inside the place is a whole 'nother story but this one is about making the trip.