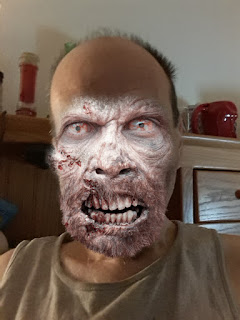 Greetings kids. This is a column I knew was coming but is never easy to write. Barely easy to understand. Five years ago Randy and I started this place, mostly out of frustration at the way other dementia forums were run, this turned into our personal locker of good ole whatever. You found anything here from politics and humor to musing on dementia and growing quality cannabis.

Its always been a tough place to describe or recommend to anyone; the folks who care about dementia are usually horrified at the prospect of someone with dementia smoking pot. In fact its been my experience that its easier to explain dementia to a stoner than it is to explain why cannabis helps to a pure medical person.

Still I have been pretty happy and I will admit at moments proud of the work we did here and in ways its been a therapeutic thing for us too. I will leave the site up long after I am gone, the names been paid for and Randy and I will maintain accounts so who knows, something may pop up yet. However after a lifetime of engineering, I can only stray from pragmatism for so-long.  Things have advanced to the point where writing is insanely ...not just hard but laborious as fuck just a get a mediocre product out. What took minutes in 2016 now takes literally days. In other words the effort required to do anything has exceeded the value produced and I can no longer put energies into this.

This is the home stretch for me and so...I guess you could call it a retirement. I know I only have so-many brain cells left to work with and its up to me how I spend them. Thus going forward I will likely be enjoying something really close to houseplant status with only a bare minimum of mental energy being expended.

This is by choice and not. More like this is coming and I can either fight it (and spend the rest of my life fighting) or live with it and spend the rest of my life living, even if its on what outwardly seems to be a minimal level. Those who think that haven't read the dementia section here; there is and will be stuff going on in my head long after I have joined the drool brigade. Its that choice of where to spend what little energy I have left, outward to for some reason entertain others or inward where even a little energy can do alot.

So. This is what its like just before house plant status. Probably 80% of my energy each day is spent in a pretense of ...participating in normalcy. I can sit through three hours of television I can no longer understand in the literal blink of the eye. Time is simply no longer part of my existence. Calendar weeks go by in about two days for me right now. Seasons don't really exist anymore; rather its like one long, unchanging season. Since I can no longer remember earlier ones, the current season feels like this is how it has always been, there has never been anything other than this heatwave (110F by 14:00).

Food doesn't taste much like food, or at least it doesn't very often so I need to force myself to eat. Sleep feels like a drug right now, nearly narcotic sometimes.

I find it funny that unlike in the beginning, nowadays I spend 90% of my time and energy to ..not pretend to be normal exactly, no way to fake that even on a good day...no more like faking...faking pretending to participate in life. I try to do the only thing I can actually do in a day, play video games. Of course I can't actually play any of them but car games I just just drive around, no skill needed. For the most part though, I get nothing from them but they do make the day go by..then I try to watch TV and movies for the rest of the day but thats also just an exercise in zoning out and ignoring whats in front of my eyes because I can't hope to keep up with it...

...the only remaining thing is the cannabis growing which for me anymore amounts to once a day dumping water and food from one buck to another 8 times. Other than that the extra work I did do in there has all but evaporated so for the past month or so they plants have been on their own. I see things I wish I could change, pin up, etc but can't make myself do them or do them correctly (instead of pinning up a limb, I tear it off) so anymore, I do nothing and just hope for the best at harvest time.

At this point, the whole world as a totality is almost written in an alien language that I have no hope to understand and have no energy to learn. I am drifting away from this reality and inhabiting my own custom-made one more and more. I don't talk about it because it would freak some folks out.

Now it takes so much effort just to be understood, the idea of going mute is starting to look better and better everyday. Besides, the word of a crazy person doesn't carry much weight in current society unless you are a Republican, in which case they do their best to put you in charge.

As for the rest of the world...I can only state that I was shocked to find out that there are so many people out there crazier than I am, and in many cases these are people in authority, people we are supposed to trust.  I will be leaving this world with more chaos outside of my head than inside. I don't see it resolving in the time that I have left.

This column is likely the last. I have four or five other articles going but I can't recall enough about where they were going to complete...any of them. This is the third draft of this one. And I am frankly tired of writing on it. On anything, to be honest.  This dementia has used me up. I was sharing with Randy the other day and realized that folks with dementia don't die from dementia, they die because on level or another they burned out treading the waters of your normalcy. In fact thats an excellent analogy because when you first get dementia, you are still mostly in control and the treading is almost fun. However like real treading in real (deep) water, it tires you out and the more it takes from you, the harder each successive stroke becomes. In time the effort required to continue this is simply more than I have in me anymore. I am tired; beat. This is also manifesting itself in more daytime naps and the sleep itself feels almost narcotic in nature.

When I become too weary to continue, I will likely just shut down, go to houseplant status..which will mean the end of updates here. Someone may take it someday, maybe not. I tried to find a home for it but as of this writing, nothing is in the cards.

It's been good kids and I hope this site has helped folks out there. I have learned it has helped more than a few but also know its dual nature (dementia and cannabis) turns off alot of folks. Its been a good vent for us. Its funny how Randy and my own symptoms have been in a strange kind of lock-step all along. Right now his language skills are in the same part of town as my own (when not in an "up" phase) so his contributions here have settled at about the same rate too.

Right now that rope is so long that I can no longer see what the boat is tied to. Ever since a plateau recently I have little grasp of time before this morning and have a damned hard time visualizing tomorrow. I have lost sense of time for the most part. My speech skills are rare. I can talk all day but its only at its clearest an hour or so each day. My days consist of growing cannabis (now as more like an entry-level employee), playing retro video games from the 90's, or binge-watching Law and Order, CSI, etc, all TV I knew well. CSI is usually great because of the locations, I drove by them on the way to and from work everyday for years.

Now I can't follow the plots of things so after 4 hours of Law and Order for example, I will have no idea what I just saw and for good reason, I zoned out so much and so often that to me, that four hours went by in the blink of an eye. Now the games I play, I can't get past level one on anything anymore and grow mentally tired out quicker. The hallucinations have kicked up all across the board. They are not winning exactly but the visual and audible hallucinations are way kicked up where I get visuals a couple times an hour, the most frequent of which is strange (as in ones I don't know) animals running around the house, between the furniture, in and out of the dog doors, etc.

And maybe more importantly, the work it takes to try and keep up is such that I am near collapsing from the effort. I can for short periods sort of force my focus to the foreground, be my mental best. For a short time. Before that was all there was to it. Now, too much of this and I am getting sick, develop migraines and worst of all, when I do come down, I come down hard and go from being my best for a few minutes to being my worst for a few hours, sometimes the rest of the day.

So the easier choice seems to keep coming back to doing nothing and make no mistake: at this stage of my mental development, doing nothing is not only easy, its often preferable to doing almost anything else at all. I can zone out, slip into the ether at the drop of the hat, takes no effort and zip! 2 hours have gone by and I feel refreshed.

This article has wandered all over the place, as befits the state of my mind right now. It has taken weeks to get this far and I can't keep enough of it in my head to be sure I am making any sense or even the point, which in this case is, I am done. My language is nearly gone and most days, its a win just getting thru the day anymore. Doing something requiring skills like administering a website or even authoring decent articles takes a working thinker and I just can't do that anymore. So this is the end. The information will remain up as long as possible, the site is set up to auto-renew...

If anyone got any good or help from this place, I am glad...thanks for reading.....

Next Stop: my retirement cottage nestled deep within the folks of my fantasy.... 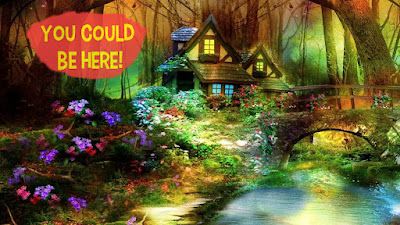