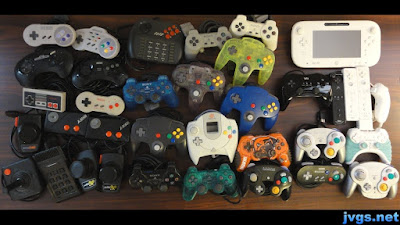 This is hopefully the first of three or maybe four related articles on software and dementia. As my own dementia worsens, I am finding it more and more difficult to order my thoughts. However I am also reaching a cross-roads of sorts, one that tells me if I don't get this stuff out soon, I will take it with me as I sail away down the river Styx. I am motivated by the idea that if someone saner than myself looks this information over and "gets" what I am trying to describe, I honestly think it could help millions of dementia patients.

Most of the information presented here and in successive articles is derived from personal experience with both dementia and software/video games. Where there is theory, I will do my best to really underline that fact.

Yep, really. Here is something to think about. I am 58 so have been an adult since the late 70's. One of the puzzlers that occupies my mind concerns the difference between how dementia was treated in my parents or even grand-parents generation as compared to my own. I can speculate on alot of stuff but one thing that is as true and basic as it can be is the idea that my generation of dementia sufferers is the first to have software in general and video-gaming in specific available to us. All my parents or grand parents generation could do is just try to get thru the day, sometimes trying to pass things off as "normal" with varying levels of success. My grandmother died of AD. She/we lived on a farm in the sticks...they (the rest of the family) just let her run wild on the farm, disabling her car after one accident. But she couldn't actually *do* anything. And certainly nothing that would help her AD.

My generation has, amongst other things, 30-40 years of video gaming available to us. Prior to this, I was never much of a gamer, which is odd since I worked for Sony on Playstation and Bally Gaming but here you go.  While I rarely ever played anything (and certainly nothing past level 1) I did "collect" these over the years and stashed them away for my retirement years. Yes, I save like zero money for retirement but save 6000 video game images for everything from the earliest Atari 2600 to all Nintendo devices, all Sega devices, even home computers of the time like the Commodore 64.. All of these run very nicely on free game machine emulators available.

I just never had time and no video games challenged my mind the way puzzle-solving/engineering did. I was one of those freaks who really liked his job. I keep a professional set of lock picks and a stack of padlocks with lost keys; for many years this passed as entertainment. It wasn't until I was forced to slow down (stop really) that I gave these games another look.

What I found pleasantly surprised me. With this wide gamut of gaming choices, there is something for everyone, in every mental state. This becomes important for LBD patients where the fog level rises and falls throughout the day.  I have considered these games to be therapeutic because I am always able to find something that is just difficult but not too difficult. Thanks to this, I always has something to challenge me just enough, on one side I don't get burned out or discouraged because the game is too difficult; there is always something that is easier, just like there is always something harder.

That alone is a pretty significant generational difference. On any given day, my mother or grand mother could only attempt what life offered them which resulted in doing nothing or failure in 99% of the cases. Face it: after a certain point, real life is just one level too hard for us to keep up with. All or nothing. In my days on the other hand, I can always find something that challenges me just enough. If one seems too hard, there is always something else. Staying challenged without failure is key about one aspect of the therapeutic nature of gaming. Its always taking the brain to the limit it can do without pushing too hard. I have nothing to back this up but I do feel reasonably sure this may help me retain "me" a little longer. Way more study and time would be required to scientifically prove it, time I just don't have, so I rely on empirical data of my own experience.

Even if you haven't been collecting game ROMs for years, you can still get something that will fill this void if you like for cheap. On Amazon you can get a nice little PSP-form factor hand-held game machine with maybe a half-dozen or more game emulators built in. Better yet, for about 45 bones you can get one of these with a few thousand games already installed, and they are not crap games no one has heard of. They are all top rated games of their time and you may recognize many of them.

Another option is the Playstation Network/PSNow account. If you have a PS3 or 4 you already probably have a basic account. PSNow is maybe 19 bucks a month. For that you get access to over 700 big-name titles, from the first Metal Gear to the latest Metal Gear Solid, from basic arcade run and jump games to the latest adventure and survival horror stuff like Resident Evil. The point is for that much money you can play any of the 700 games as much as you want (it streams to you like Netflix) or you can start to play one game, find its too hard and you can jump out and immediately jump into something else. This is a good value for me.

The point is that it doesn't necessarily have to cost a mint to have hundreds if not thousands of games at your fingertips. I like the fact that no matter how good or bad my fog is, there is something on that box I can still play.

This is one way gaming can help us stay sharp but there is a whole other side to this that is extremely valuable to me. Right now many if not most popular games will overwhelm me in minutes. However another type of game that is taking over the gaming world is the concept of the open world/sandbox game. This kind of game is more sim than game. In fact take my favorite game of this type is Dying Light. On the face of it, this is a standard zombie shooter but the truth of the matter is, the "world" of Dying Light that you can run around in consists of about 3 square miles of slums, an equal amount of city scape and finally a countryside portion that is 4 square kilometers according to the authors. This world is a living world of sorts with hundreds of inhabitants that you can interact with on one level or another, you can walk into anyones house or apartment building, hit the kitchen and raid the 'fridge for a quick breakfast.

This world goes far beyond that though; one thing this game has that is both unique and amazingly helpful is the concept of Parkour. Aside from running, jumping, crawling and general climbing, Parkour is an actual martial art of sorts that specializes in using your environment to perform seemingly magic feats of human dexterity. Here is an example of real-life Parkour plus its shot from the POV of the guy doing the demonstration. This is extremely close to what I see when I am getting around in the Dying Light game.


What makes this amazing in Dying Light is the fact that after gaining some experience points the user can scoot around this city/country side  escaping the walking dead. As such, you develop and extremely tactile feel for this world. You can climb any building or pole, swim through underwater caves or go spelunking in real caves on the surface. You can climb radio towers, climb rock faces and go swimming in beautiful blue-green waters of the ocean.  As you may guess, there is a lot you can do and interact with in these worlds and whats great for the dementia patient is that only two or three buttons are required for almost every move in the game. This is one reason I call something like this a "Diffused Reality" game: to actually do all the things you seem to be capable of  would require learning hundreds of unique key and button combinations. For Dying Light though, you can do almost everything with just two or three buttons. IOW, the control interface is a more diffused version of the real thing.

The same thing can be said about the reality of the simulation. It is extremely realistic in many many ways but at the same time, it is not so real or VR-like that the dementia patient can become overwhelmed easily. It too fits this "diffused" model.


Here is an demo I did showing off this game-world. What I do has nothing to do with the plot of main game-play. In fact, you can look at Dyng Light as a full-tilt simulated world where the zombie and game elements are just dropped in. In fact you can just plain ignore the game itself and just have fun running around the world, exploring new places, meeting new characters and more and never touch a game element.

In this scenario, our hero is stuck on a suspension bridge with the walking recently-departed milling about, attempting to get a nibble. To show how much you can interact with every element of this, I first trick the zombies into accumulating near a car I have rigged to explode, which sends them flying. However I am on a mission and so go to the base and climb hand over hand to reach the very top of what looks like a 300-foot tall suspension bridge. After zip-lining across to the other half of the bridge, I then complete the video by performing a swan dive off of the top of the bridge, down into the waters of the bay.

Running these simulations are very therapeutic for me, the game worlds are lush enough to always find something interesting to do. While I can't do any of this stuff in real life anymore, I can climb radio towers like I used to in the Army and still get a vague sense of accomplishment from the task.

I can see taking something like the Dying Light game engine, strip it of the zombie elements, and scripting situations and projects for the dementia patient to work on. This then could be a disc the patient slips into their Playstation, Xbox or PC and goes exploring and having fun.