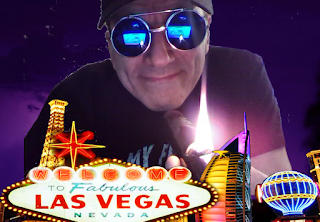 Greetings and welcome to Living with Lewy Bodies.


What are Lewy Bodies and why should I care?


Lewy bodies are simply protein deposits in the brain named after the dude who saw them first. When these protein deposits damage the part of your brain that controls motor skills, its Parkinsons disease; when they hit the cognitive functions, its Alzheimers. Hit them both and you have Lewy Body Dementia. This is an over-simplification but it gets the point across.

Note: The way the damage hits each individual is pretty random as is the severity. For reasons that escape me, doctors like to put a different name on it if the dementia hits before the motor skills go; thats "Dementia with Lewy Bodies"; otherwise its Lewy Body Dementia. No I don't get it either and will simply use the term LBD to refer to all because regardless of what starts first, we all end up in the same place.

Lewy Body Dementia is the second-most prevalent form of dementia after Alzheimers. What makes that fact so bizarre is that as common as it should be, almost nothing is known about it and what is known is poorly understood, even by the workaday medical professionals.

To make things worse, since there are elements of AD and PD in LBD, it often goes misdiagnosed. And to make them worse than that, the commonly-prescribed medications to treat PD or AD symptoms often has the opposite effect in LBD patients; anti-psychotics make us crazier, that sort of thing. If you don't think this is a problem, just ask Robin Williams; oh wait, you can't. For that very reason.

The bottom line is, there isn't much the doctors seem to be able to do for you to make the time you have any better. I am just not wired to give up so I have been trying to find ways to get the better of the LBD. Along the way I have encountered others of a similar soul and so they too shall be joining me here for a pretty important reason. When first diagnosed, my first instinct was to seek out information on what lay ahead for me....and there is just about nothing in any form that explains this from the patient perspective, only the doctor and/or caregiver POV.

Thus a key part of this site is to simply relay what its like to have dementia and LBD from first-hand knowledge. Straight from the horses' mouth, so to speak.

While there is little hard information on this, according to both Mayo Clinic and the National Institute of Health, LBD generally has the patient in what is known as the MCI or Mild Cognitive Impairment in the beginning, changing to full-blown dementia (at this point the patient is largely a houseplant) before succumbing on the average of 8 years after initial onset of symptoms.  The MCI period lasts about half the time; lots of factors can affect that and there are cases that swing both ways; I personally know of at least one case where the lions share of the symptoms never set in for the patient and she lived to be quite old. And there are other cases where they go from "nothing" to insane to dead in a year. After doing some research on things I have some ideas I will explore elsewhere here on other factors that might have an impact on this. Now the MCI label is a bit of a joke because the line between full-blown dementia and only partial dementia is razor thin indeed.

In my personal case, I have severe executive function impairment (ability to do multiple tasks at once), memory now is pretty much gone, the Parkinsons side just recently has reared its ugly head and I have had tremors as well as joints giving out unexpectedly, fun stuff like that. Because of that, combined with the executive function problem which makes going out in public a trial by fire because my brain can't process all of the input; too much of that and I am in a fog for hours...Until recently I had all but lost my ability to read for pleasure (fix for that will be posted elsewhere as well), I can't watch anything new and absorb it all, even TV shows I have seen before. Speech in public is all but unreliable ATM. All sense of time has been gone for a very long time; this causes more problems than one would think.

On the upside, tonight I am watching The Matrix and Star Wars: A New Hope again only for me it will be like the very first time. Yes I try to find an upside to things; you will find that here as well..

This is one case where its actually true, the lunatics are running the (this) asylum. As such we have defects in memory, expressing thoughts and ideas, my expressive aphasia is horrible. That makes things we write always tricky to get right, missing or wrong words everywhere. I will post here but the reader must keep in mind I will be fixing (and fixing) articles over time as I find mistakes. Thats one of the screwy aspects of aphasia; you can look right at a mistake but since your mind made it in the first place it can never see anything wrong; it reads "right" in my head when I read it back.

As an extension of the above, the reality I and others inhabit is slowly drifting away from what normal people see and hear so....you cannot take anything we say here as serious or anything; do your own research, be sure of the facts yourself before doing anything. Another fun part of dementia is the mis-recalling of facts. Bluntly, I can barely trust what my memory tells me anymore...


A final caveat for now:

You might be reading this and thinking Jeff is fine, what is he going on about? One of the signature ways LBD differs from AD or PD is that we can and often do cycle cognitively and physically several times per day...that means when I awake I might be sharp, by 10:00am I am no better than Homer Simpson,

afternoon hits I might be up to re-arranging my home network whereas come dinner I might not be able to fathom how to open a box of cereal. These cycles are known and the thing is, it is the reason I/we have to take a break from this sometimes...even in the up-state I can work on this but it uses me up in some way I don't understand because after this article, I can almost count on feeling hung-over for a few hours...

The upside of the LBD cycle is that when cognitively "up" it gives us a certain view into the demented state that we can report back on. I have noticed this seems to help some caregivers understand their charges better, so cool on that. Its during these up cycles that I will be contributing to this place so that others won't be left with all the unanswered questions like I was.....and yes, wondering is worse than knowing. Trust me. I will post this as long as I am able to but at some point I expect it to be too much.

More to come but welcome aboard....