Now that son of a bitching, draft-dodging, cheating, lying bastard of a human, Donald Trump wants to get rid of Stars and Stripes. I know I have like two readers left, as good as the dementia info is here, the pain that Trump creates overrides what should be mellow final years for me and turns them into daily pain, angst and hell. I am a veteran and how the fuck should I react when he now wants to kill Stars and Stripes and he knows its wrong because he is trying to get away with in before anyone can do anything about it. In fact if the Pentagon were smart they would just sit on his request, let him get upset (he will no matter what) until after the election, at which point saner minds will give the big "Nevermind... 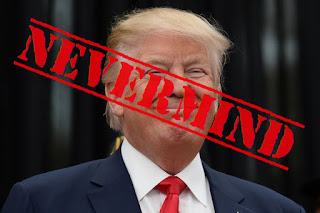 I actively wonder if this cretin is trying to lose. I mean, thats a stupid thing to wish for, considering the jailtime waiting for him when he does leave office but nobody with half a brain ever said he was smart..lets see, he has in a week pissed off:

* Most people of no color

But this....killing Stars and Stripes is just plain petty and spiteful. I look forward to the Stars and Strips special edition where they provide the play-by-play of his trial and eventual incarceration.