Political Talk Shows and their Hypocrisy

I just watched the Meet The Press interview (08/30/2020) with Mich Mulvaney and I was left with one impression. I am physically ill from watching these republican sycophants and administration talking heads coming into these interviews and doing nothing but stonewalling, filibustering, and outright lying. What’s more, I am absolutely sick of these hosts allowing the guests to go on and on, saying nothing of import but spewing republican talking points (mostly inaccurate) throughout the entire interview. Be a grown up! Take control of the interview, it’s you’re freaking job after all! 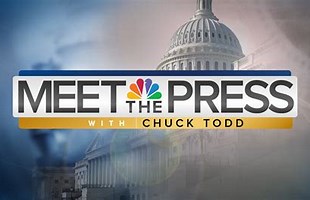 When Chuck Todd was named as the permanent host of Meet The Press, a lifetime ago, I was thrilled. I thought he was the perfect person to assume the mantle from the late Tim Russert. Turns out he has been a huge disappointment. He rarely asks the hard hitting questions, allows the talking heads to drone on and on, rarely calls them out on their blatant lies, and tries to put both sides on an equivalent basis regardless of the circumstance. And the sad part is he’s typical of many of the permanent hosts, lacking any conviction to illicit honest answers, happily accepting the prescripted, canned responses...learning absolutely nothing that adds to the discourse.

So my question is: “What’s the point in booking these people?”. Simply to appear to be being fair to both sides and allowing them to explain their positions. If so, more power to ya but you must also enforce some modicum of truthfulness and cooperation. Allow them to succinctly get their viewpoint across but then hold their feet to the fire. Don’t allow them to wander off down rabbit holes, spouting non sense and outright lies. Don’t allow them to obfuscate the facts with their bullshit droning and nonsense and outright deflection from the facts at hand. Make them answer the question before they can spout entirely irrelevant information, causing the viewer to lose all confidence in anything said during the interview and to lose all trust in the interviewers abilities and motives. Cut their mike when they start the droning, inform them they are not there to state the talking points but, most importantly, to help inform the public of the successes and failings of our government. Remind them that honesty is key to the success of a working democracy. Remind them that all the lies belittle their staunch stance as Christians. Remind them that Christ took a very dim view of dishonesty and hypocrisy. Remind them of the importance of being a decent human being. Of just being decent.