Joint rolling with disabilities: The Grindarolla to the rescue! 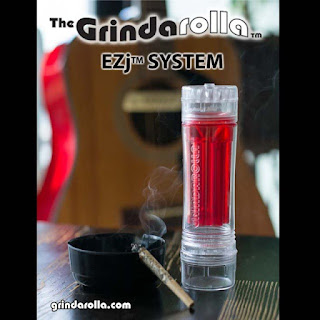 Greetings, Jeff here. As you may know I am and have been on a search for streamlined ways to use cannabis to manage the symptoms of this horrid disease. I have seen enough empirical evidence to be certain it works but the use of cannabis has traditionally been the thing that the normally-abled have done, and of those "traditions" that has been out of reach for anyone with motor-skill issues is rolling the common joint, just about the most basic and inexpensive method to consume.

Even being fully-abled doesn't mean you can roll a joint either though, don't let anyone tell you differently. I have been toking since the 70's and while I have consumed through every method known to man, I have yet to be able to roll a joint on my own. Sure I can use a machine in a pinch with so-so results, usually rolling the dreaded "pencil" where the machine over-packs the joint and it becomes hard like trying to draw through a....pencil. For the most part I just gave up and stuck with bongs, pipes and so on. In recent years the cone has become more popular due to the hard part of the joint-rolling being done for you and they feature this cardboard...filter of sorts. Provides a way to smoke it down to the end, not burning fingers and so on. It was the advent of this change to joints that saw the downfall of the roach-clip from times of yore:
Good luck finding one now.

In any event, now that LBD is robbing me of the few crappy rolling skills I had before I figured well, thats it for this life. Then along comes the GrindaRolla: 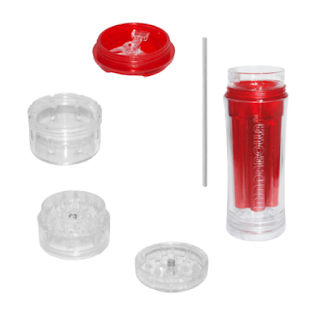 This is the most amazing little device I have seen in many years of fooling with cannabis gear. Basically it is a grinder that directly feeds either one or six Raw 1 1/4 standard sized cones that have been loaded in the main body. So you just load the cones into the slots in the body, put on the grinder attachment and start grinding buds. After each bud is ground, a gentle tap or so helps the loose cannabis settle into the cones. Once enough bud has been ground you can remove the grinder portion and use the included poker to tamp down any excess cannabis into the joint(s). Then just push them out from the bottom, gently twist the end to keep the flower in and boom, you are done, perfect joint every time. I defy you to find an easier and more sure-fire method of creating joints requiring no skill. As my sergeant in the Army at Ft. Bragg loved to say, it was "feed the monkey, watch it shit" simple to understand.

Rounding off the usefulness of this little gem is the tiny stash compartment that screws into the bottom, providing you with a safe place to store any overage when grinding. To really kick this over the line, inside the lid of this screw-on stash compartment you will find a three-way tool that snaps in and out for doing all manner of things. I can see how this is useful but to be blunt, its not that needed, At least I haven't and I have rolled more than 50 joints with this since getting it (I know because I just ran out of cones). Still its cool that it is there and you know the saying, its better to have it and not need it than to need it and not have it.

The best part is that not only can you the disabled use this wonder to create your fatties, it is simple enough that any caregiver could learn to do this for you in minutes.

I bought one for a friend and to show how easy it was to use, I made this dumb little video but even with this you should be able to see how fine a product this is.

Rolling six at once is no more difficult than making one. I got mine from Amazon but I would suggest if you think you or a loved one could use one, you can get it right from the guy who made them at Grindarolla.com or HerbysTwist.com.

I wrote with the fellow who makes these and he tells me a king-sized version is on the way....WooHoo! 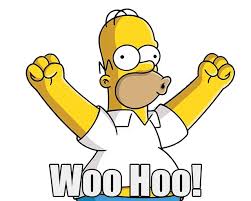 PS: I have corresponded with the fellow at Grindarolla but I am doing this purely because I see this as a boon to those of us that need a simple way of creating joints when we know our motor skills will get worse over time. I get nothing and I ask for nothing.