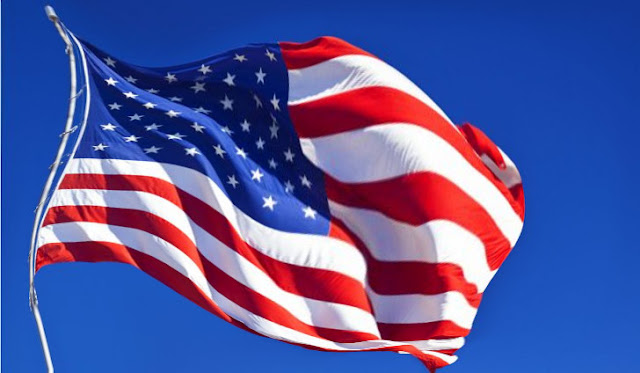 From this day forward, the 4th of July will no longer be known as an American holiday. Thanks to the childish antics in the Trump administration and the general vacuum between King Dons ears, it will be remembered as a time of American adventurism, greed and dishonor.

This may sound awful on this day, and perhaps even worse coming from a disabled American veteran but it is in fact how this day feels. I see the shameful and quite frankly brain-dead things Trump is doing in my name and it makes one want to cry.

He who knows absolutely nothing about military service passes judgment on those that do. He who knows nothing of the truth holds closed-door, witness-free meetings with the worst dictators in the world, emerges with nothing, claims victory time and again and says "trust me."

A guy selling you a car can say that and its up to you to believe him or not. The leader of your country, who is making deals for your very lives and livelihoods, "trust me" is no longer an option, You need to show us ( your people ) your cards before you go making deals with people like that in our name. Until that happens, you can demand trust, you can beg for time but nothing will get us past the fact that you are a no-deal-making confidence artist. Not a single person in this country has a valid reason to trust the president and at last check some 3000+ reasons not to.

Worse, this amateur is going around tearing down agreements he doesn't agree with simply because (as has amply been demonstrated) he doesn't understand them either. The few checks and balances we have in place are completely negated at this point because those who have the power and ability to do something about it, simply refuse to. Lots of culpability to go around but a good place to start is the Republican party. They have no excuse for Trump and unlike what some would like you to believe, they absolutely own every bit if horror that amateur brought to the Whitehouse.

I can actually see the irony of making Americans yearn for the swamp again because at least then the trains ran on time, and not just to ship immigrants to concentration camps. I can see people begging for all the things Trump swore to abolish because only he can do it. And he did it, for various values of "it".

I do believe that this is not solely Trumps fault, I don't see him as specifically evil, though he causes enough of it in the world. Lets just say I would love to over-read his PET scan and administer a REAL neuro-psych test, both things I know he would fail in a New York Minute, to borrow a phrase.  Not the piece of crap 5-minute in-office test the local neurologists like to administer, and that anyone in MCI can easily fool. For a while. Still, to twist another famous phrase, crazy is as crazy does.

That is part of the problem, as smart as the founding fathers may have been, they had no way of protecting us from a person in the MCI stage of dementia being elected president. I think the closest you can say to come to it is in the hope that if in fact a dangerous moron were to be elected (somehow), the other branches of the government would do something about it.In that they were sadly naive...

The messed up thing is, I feel certain that even if he doesn't get impeached after November, he absolutely will not survive another election, no way in hell. Unfortunately for most Americans, that is the most they can hope for, that and hope that it doesn't get too much worse before the Trump administration is put out of our collective misery, and we can begin the healing process, the initial stages of redress with our newly-aliened allies and re-establishment of norms with our proven enemies. Sady with my progression I don't think I will be aware or conscious of it when it does happen, so my last memories of the country I love is of it being raped and pillaged by a madman.