What this American thinks, or, There Can Be Only One... 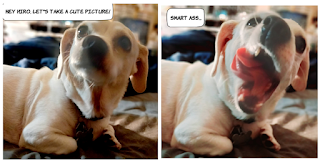 As dementia gets worse, it makes understanding the world around you even harder than it was before, so when I see things like poll after poll stating "most Americans think...(fill in the subject here" and they claim shit I have NEVER heard an American opine, I really have to ask where the fuck are they getting their data; they surely never asked me anything.

And so I wanted to clear the air, set the record straight, lest anyone takes those polls seriously.  As an ex-engineer, I accept this is a datapoint of one.

About the poster: Jeff is a 60 year-old disabled engineer with Lewy Body Dementia, which led to the end of his career. Prior to 2016 Jeff could not have told you what the difference between a Democrat and a Republican; the truths and faults in software engineering were enough drama for him.

In no particular order

Kyle Rittenhouse: I have no clue how the fuck he walked out of that court a free man; had I done what he did, I would fully expect jail time. Still, the little prick walked, a sign of the times. And Republicans call themselves the fucking "law and order" party. Horse, shit.

Donald Trump: Leaving aside all of the treasonous shit Trump did both in and out of office, the fact that he is that dumb, that flaky, that much in bed with literal enemies of the free world, why on Earth would anyone think putting him in office is a smart thing?

Mitch McConnell: I hold that hold bastard for most of the damage Trump caused while in office and the pain Trump continues to cost this country. McConnell had a chance to stop this before it started but he wanted what he wanted too much, to hell with the presidency and the rest of the country; he got his fucking judges, most of which were put into place under a veil of suspicion if not outright derision for lack of qualifications. Bending the rules to the point of breaking them in order to prevent any Democrat-submitted candidate, from Garland to fucking Justice Beer-Pong (loved that one) to the supremely under-qualified Barrett. You could take any cut-rate public defender and have a sharper and more experienced legal mind in your corner than Amy fucking Barrett.

Religion: Something people need to get a grip on is that separation of church and state means just that. Republicans love to talk about what the founding fathers would say and I can promise you they said your raggedy-assed religion out of my state or government. They were some smart dudes and they knew then what it took me 5 years of Catholic schooling to find out: That one mans religion is another mans laughable superstition. Its just that damned simple. Fine if the religion you profess gives you peace; I want or need nothing to do with it, not any more than I would sign on with fucking QAnon. In point of fact after careful consideration I am seeing little difference between the two; both are full of shit, both are trying to control our government, elections and schools and worst of all, both fucking love a criminal real estate saleman too stupid to realize the most his MoCA test shows (the one he is so proud of) is at best he is ordinary as the next guy and certainly nobodies genius. Its not that he is simply ordinary, rather he is so fundamentally stupid that he can't tell the difference between an academic qualification exam and a medical test for the drool squad (of which I am one, sadly). The point is, there is no way he should have ever gotten into the oval office, and definitely should not be allowed to again. He caused too much damage to our country, we simply cannot afford another four years of that lunatic.

One last thing on that MoCA test; I have moderate to advanced Lewy Body Dementia and I can pass that test if I have to. Its not easy but I can do it and I know for a fact that I nor anyone like me should ever get near the levers of power in this country.

The Supremes: Not talkin Motown, pity. No between Mitch McConnell screwing over Obama and making up clearly bullshit "rules" to prevent a Democrat from even suggesting a jurist to pushing fucking Beer Bong Kavanaugh through when he had so many red flags against him (not to mention all of the other educationally unqualified judges he pushed through) to Amy Barrett, in a complete flip flop of the rules to allow a justice in at the 11th hour when Obamas guy had a year to go and McConnell put a stop to it. So now there is a very lop-sided Supreme Court and its dodgy as hell how it got that way. Worse, they are now deciding major cases on a shadow docket meaning they can do it all in secret and nobody has to "own" the result. And now we have Clarence Thomas expecting us to not protest his weak and unethical behavior while his wife is going bat-shit crazy trying to overthrow the government.

Wow, what a difference a month makes. This past week the SCOTUS:

2. Roe vs Wade is now history, quite literally. These so-called justices repealed over 50 of settled law.

3. Separation of Church and State? Whazzat? Yep they erased the lines there too allowing church schools to get public funds and school officials on public schools to encourage specific religious prayer at public events.

4. Took any usefulness from Miranda warnings or lack thereof. They just don't matter anymore according to SCOTUS.

And as if to make the shit stink just a little worse, Clarence Fucking Thomas opined that many so-called rights should be reversed. His wish list included gay-anything and contraception as well. That feeble-minded shit doesn't realize if he got what he wished for, right along with those established cases would be the ones about interracial marriage.

I am unsure of their long-term strategy although I am sure McConnell was fever-dreaming this shit years ago...however in the short term, if there was any way to ensure Republicans have an even harder time after Trump than they needed to, there are few Republicans that can campaign on so-called Republican values and still get the voters in this climate. Hey they did it to themselves.