My reality is starting to feel like an alien planet.. 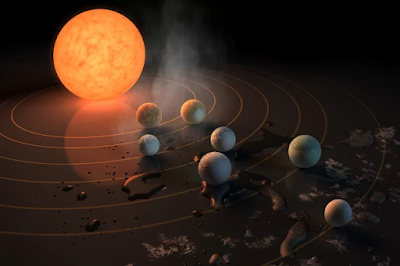 My reality is drifting from that version of reality that is shared by everyone else on the planet. It isn't that it is alien and strange to me; rather it is how strange it would seem to you, occupants of the rest of the human race. I know this is true because sometimes my caregiver, who is a mental giant next to me right now, describes something we both can see but her version looks nothing like my own and since I know I am the insane one, I am forced to accept hers as "real" and my own a product of my own diseased mind.

Here is an example:

Traditionally I have been the one to take care of everything to do with cannabis in this house, from selecting the seeds and strains to grow, to bringing the plants to maturity, post-processing of said plants and finally processing them into medicine through extraction. I used to be reasonably good at it and because I am still responsible for it, and that I do get things to the finish line most of the time, it is her opinion that I have not lost that ability. This amongst other things are pointed out to me when I make claims of having problems doing things.

The problem is that while yes I am still doing it, I am in fact doing it quite poorly. Today is a perfect example. Here you will find me giving instruction on how to make ice-water hashish or "bubble hash". I tried to repeat that today and I screwed it up beyond anything I could imagine, and I can imagine alot.

The first mistake is thinking "I got this".  Very dangerous and self-deceptive thinking for someone with progressive dementia.  Now I had been saving some bud that I have grown in various projects until I had maybe just under 3/4 of a pound set aside:


I have always had a love affair with good hash, its like half-strength wax you can smoke but tastes better. So since I am quickly approaching point where I can neither make nor seek out hashish, it was my hope to make one last killer batch for holiday presents. And so it was I sat down to make hash yesterday which turned into a comedy of errors, right from the first moments all the way through to completion and ruination of everything.

First I started agitating the cannabis combined with ice and water in a standard 5-gallon bucket with a paint-stirrer and I notice there is a flood on the floor. As it happens the bucket I picked had a hairline split in it and leaked when the bucket was fuller than about the bottom 4 inches. In trying to transfer the stuff in that bucket to a safer one I ended up spilling maybe 20% of it all over the floor; I scraped up what I could but was on the clock with the main batch so had to concentrate on that.

In a separate bucket I set up the bags/filters like usual, and after enough agitation I pour that bucket into the one with the bags. The idea is everything will filter through the set of bags of progressively smaller screens. That leaves the plant material and crap in the top bag and the good stuff in the bottom two. Only in this case I got down to the bottom two and there was absolutely nothing in them. I could not figure it out, put all plant material back into a bucket, re-agitated for ten minutes, repeated and nope, not a single crumb of hash resulting. I knew something was heinously wrong but could not figure out for the life of me what it was. So I wrote to my mentor on such things and left them in the kitchen as-is in case he provided help. He did and it turns out after years of making this with no problems, this time I got the bag/filter order reversed, not once but twice.

The wrinkle here is I didn't let my CG know about the cracked bucket and before I awoke to read my email today, she transferred everything to it and by the time I was able to check it, all but about 20% had leaked onto the floor.  I reversed the bag order with what was left and got maybe 4-5 grams of hash out of it:

Then in order to dry it enough to use I meant to dry it wrapped in tin foil in the oven set at 170. You can dry pot buds in a pinch this way and get done in hours what takes days normally. It just results in a harsher smoke.


So I preheat the oven to 170, set a cookie sheet on a rack in it to go under the hash and finally wrap the hash in foil...and then stuck it into the toaster oven and turned it on 12 minutes on toast, a common setting here. I checked on it later (OK when the time went off) only to find what little hash I had rescued from the mistake, cooked to a cinder.

So...lost it all. I am doing it, yes but doing it very badly and IMO, not well enough to use the fact that I try as a diagnostic indicator of how well or badly I am doing.

Now apply that to cooking, managing our tech gear (doing all of it badly) and they don't look like pluses anymore. I am so obviously bad at them, it blows my mind to hear her claim to me and others like doctors that I do this stuff all the time....its just that in my reality, I do it so badly its not worth doing. Yet I hear claims of how much I still have it together because I can do so much. I cannot reconcile her version of reality with my own, one I am forced to live with.....

I supposedly cook, yet where for over two decades I always tried to make it so good that she preferred my cooking because of the taste but now? Now her basic value position is no matter how bad it is, it represents a meal she didn't have to cook herself....it is often sustenance and not a whole lot more. And I have had to completely throw out meals and start over often enough where I cannot call what I do is reliably cooking meals.

The pattern repeats.....but when she has to tell the doctor what I am like, how I am doing, and I hear things I know for fact that are not true in my universe, I am forced to give her a look like she is from an alien planet. I know she is right, I just cannot reconcile it with what I see daily....